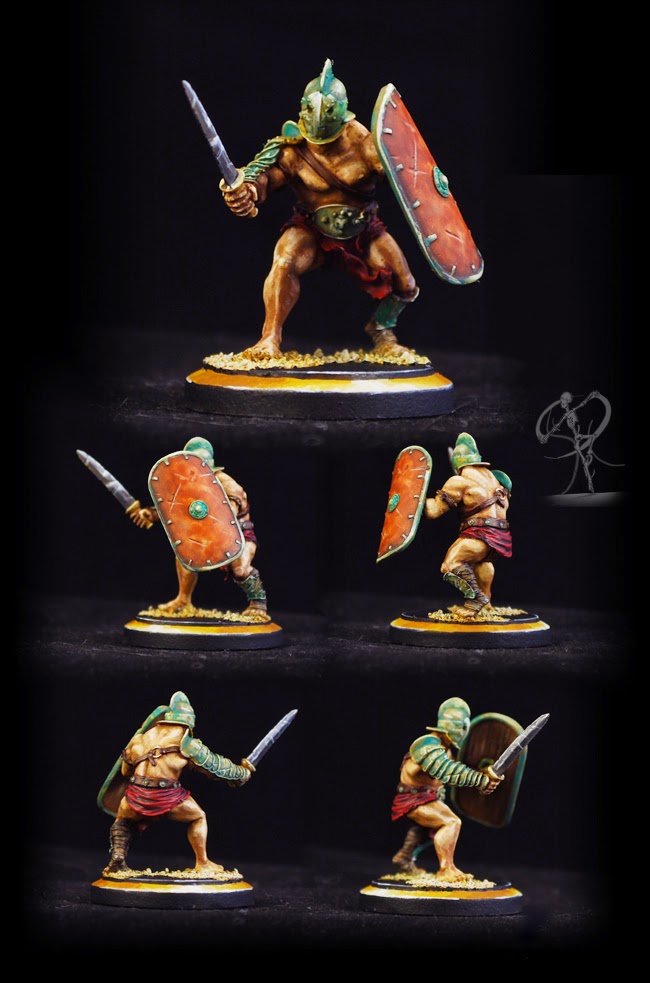 I'm saving a full Arena Rex review for the future, so, for now, I'll need to be satisfied with saying that Urbicus took paint well.
There's something about this little scrapper that I was drawn to during the beta test, and he was an obvious pick when getting my selection of minis.

I painted him first because, along with liking him, he was also one of the less elaborate minis, so I thought he'd be a good one to try things out on: If I didn't like it, I wasn't going to have a nightmare getting him back to a paintable condition for a second try.

Other than a bit of a stippling pattern and emphasis on layering washes, my big experiment was the stylized base, which I'd never really tried before. I duplicated the gold & black of the game's font treatment, with just a touch of sands, referencing the arena itself. The edge of the base didn't get any highlighting because, from a practical perspective, as a gaming piece, that area would see the most handling, so I didn't want to do something too complex to easily retouch. 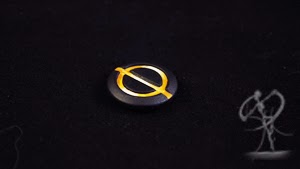 Along with Urbicus, I painted the fatigue/exhaustion marker. Similarly to the base, I went with a minimal, pure black with the expectation that this'll occasionally need retouching from use.

(For those of you who don't understand the reference, turns out each card had a fun little backstory, and Urbicus is fighting for his family, which is a fun little narrative.)
Posted by Nick at 4:46 PM