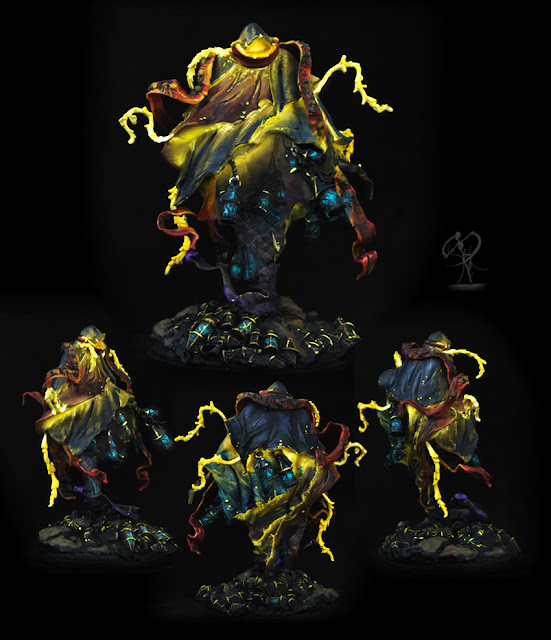 So, I'd originally planned to do my Watcher monochrome in teal, but now I've done a few of those and another natural, so I wanted to try something more experimental.


I decided for a clean, lemony yellow and decided, what with the cloth layering, to try giving him a haphazard look where the emphasis was on material variety and I could just play around with a lot of different effects and colors. Originally, I'd wanted to play with more of a negative effect on the teal lanterns, but decided that them offering very little light and a very dim spot of lighting in each had enough of a supernatural thing going on already. Okay, I admit I really like teal, so included a little.

With the 2nd KS, I'm a little sad that, rather than revamp him (from being fairly easy to kick around) to be a real boss, he got demoted to miniboss of the game and a new one added. Ah well, a few things haven't been shown off. There's still a chance for him to get stronger with another update.
Posted by Nick at 2:07 PM