Why be a Fool, When You can Chase Away Your Blind and Your Gloom - Malifaux Darkened Crew 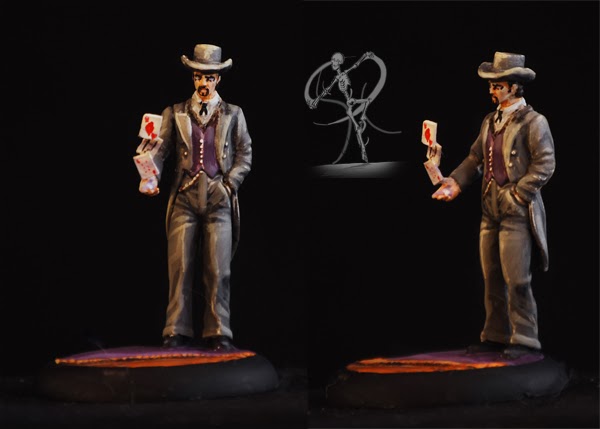 Have I mentioned how much I like Tom Waits?


Well, that doesn't have much to do with this post, except some fitting lyrics.

Either way, I've always liked Jacob Lynch's unassuming pose. I didn't particularly like his flaming butler demon ghost, though, and the model I traded for was missing its head anyways, so I saved that for another project that I've already started on, and replaced it with some floating cards and just a little bit of glow in his palm. 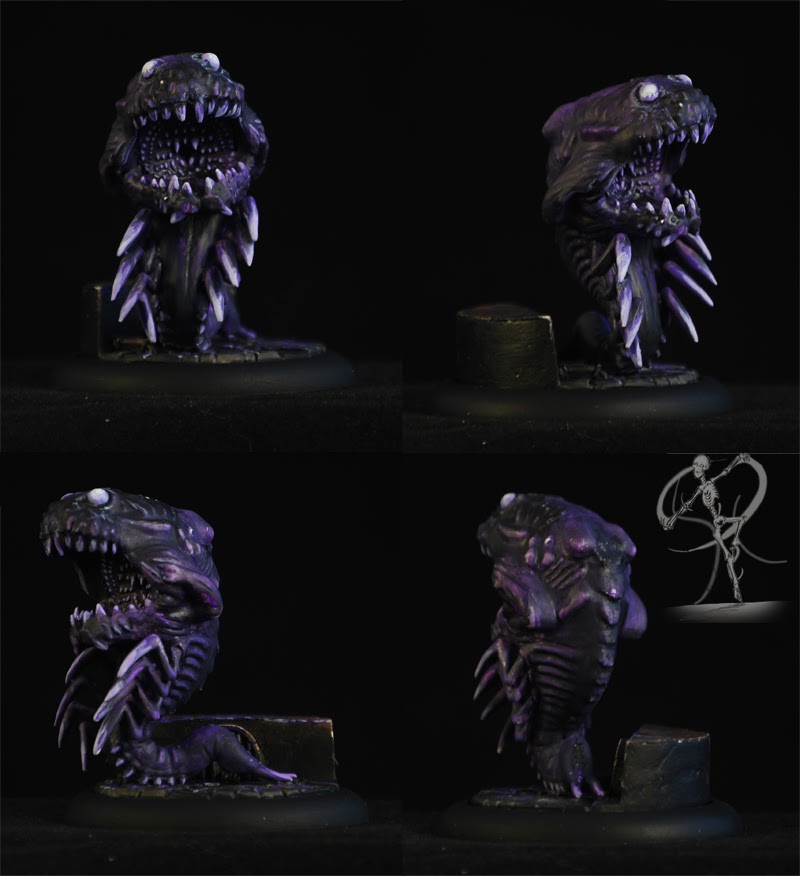 Down below the Honeypot Casino, there's the Hungering Darkness. This is one of the first crews I've painted where, within a single theme, there are multiple locations. While the more human of Lynch's team (Lynch and the ones I'll be photographing for the my next Malifaux post) are in an evenly lit environment, the monsters wait in the sewers and lit purely by creepy Neverborn purple.

This is also one of the few times where I've used a scenic base to make the model appear smaller than it would otherwise, as it struck me as more of a lurking menace than a looming terror (which could have been accomplished by sticking it on the raised part rather than in front of it). 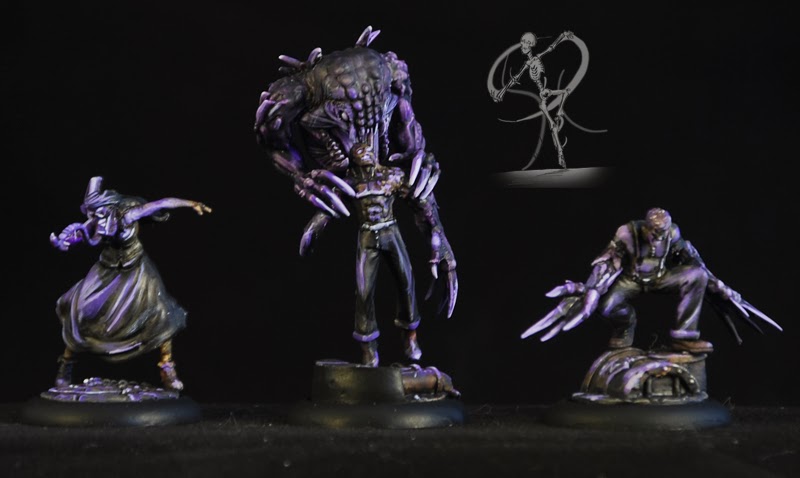 I really like the right Illuminated in particular. Also, I tried to salvage the kind of silly pose of the middle one by lifting it off the pipe except for the one point of contact. It was quite impressive how the model was constructed, though. I'm still a bit mystified that these guys are legal in regular Ten Thunders crews.
Posted by Nick at 3:01 PM