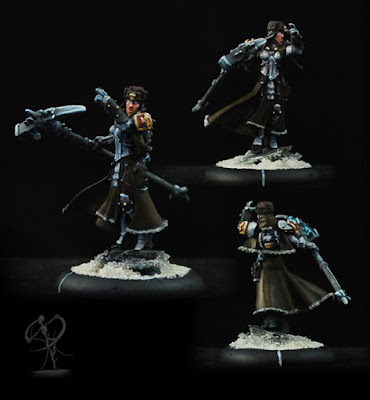 Finishing up some more Khadorans...

Sorscha was my favorite early Khador warcaster. Rather, I liked the concept but she was in the category of casters where their feat defined them too much, because it was so good the rest of their spells were kinda' meh.

Her newer model was a huge improvement over the original neckless one or awkward pose of the second iteration. Generally one of the only minis where I prefer the PVC one to the original. 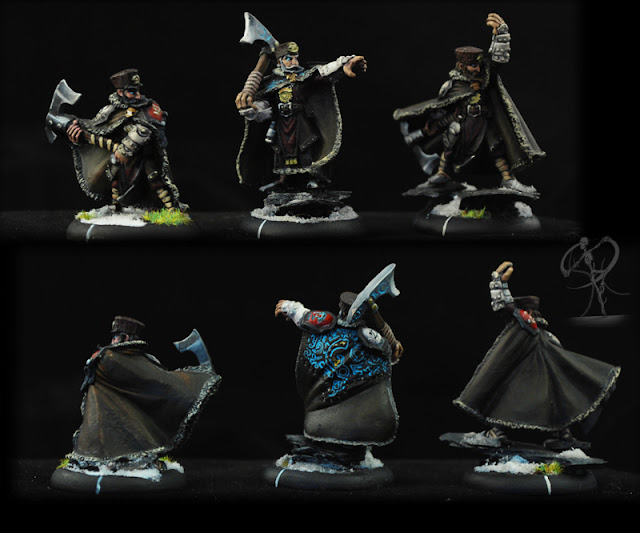 I think Khador won pretty hard in the olden days of Escalation. The Greylords are still some of my favorite old guys- slightly funky proportions or no, I think the flow of the minis are really nice for how few components they had in particular (4 pieces between the 3 of them).
Posted by Nick at 1:24 PM