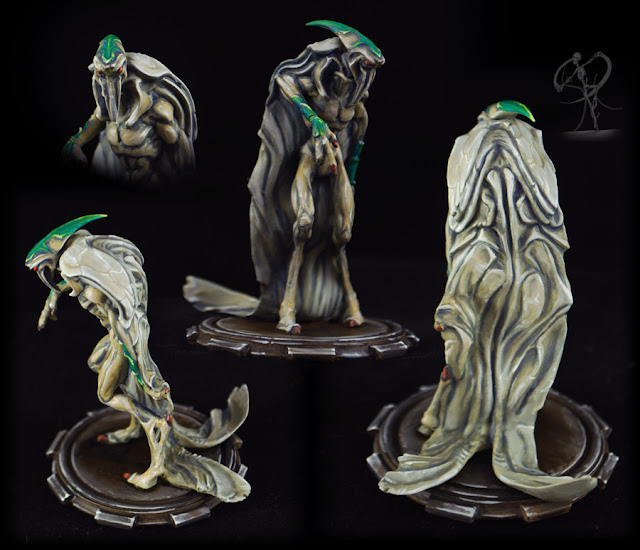 Another of Deadsculpt's horror line, the subdued Pavor.


I went with a very minimal look to Pavor, trying to keep him almost entirely to the cold and pale look, with a little mix of warmth in his skin and even more paleness in his wings.

I'd originally intended to give a layer of his wings the same teal/green you see in a few places to make him look slightly more beetle-like, but felt that keeping those points to a bare minimum made a more subtle paint job.

I chose a complimentary tertiary color of a red-brown for his eyes and various claws, while the base was similarly opposed to the pale cool look with a dark warm grey-brown, with only the minimum highlights to suggest metal.
Posted by Nick at 11:57 AM