The Shadow on the Moon at Night - Malifaux Nightmares 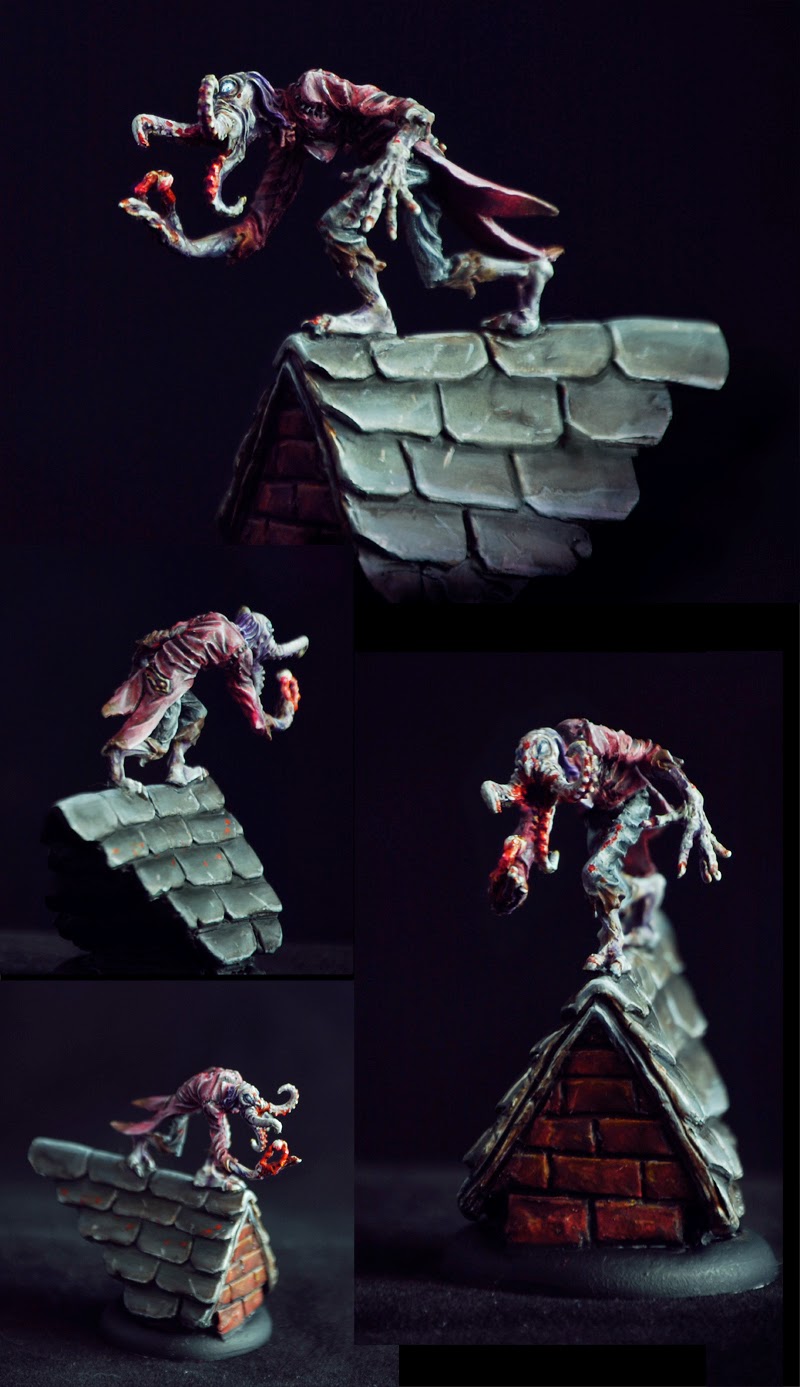 Somehow I forgot to post Coppellius after the Rotten Harvest.

Coppellius is one of my favorite Neverborn models, and was a shoe-in for my choice of monsters for Wyrd's painting competition, and he managed to pull off first in category.

This piece was actually inspired by my earlier Lord Chompy Bits entry around a year before- I had always hoped to eventually put the whole crew on one display. If I ever do combine them, the front brick will probably get lightened up a bit to match the walls.

Speaking of said display, I'd built these guys' bases ages ago, shortly after completing LCB, but only just recently painted them: 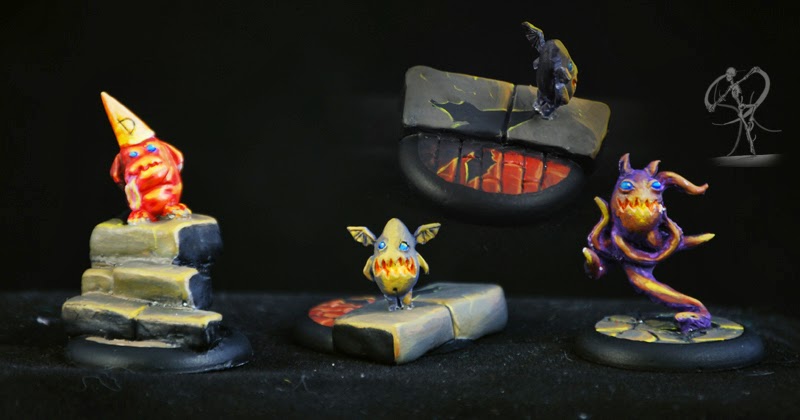 I feel like the Daydreams could use a touch more contrast, but I'm quite happy with how they came out. Following the link above, you'll notice the steps and bricks from LCB- they actually are designed to fit exactly with him, including the direction of the lighting, though are slightly yellower than his base.
Posted by Nick at 2:32 PM