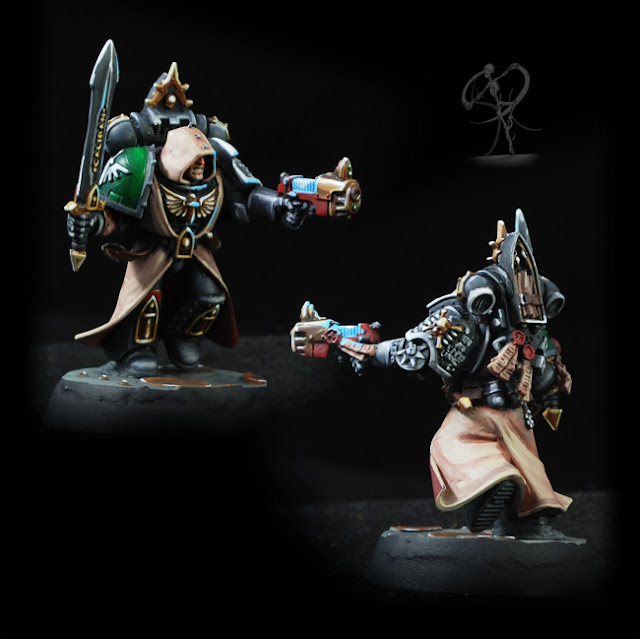 Zameon Gydrael has a pretty classic Dark Angel sensibility, and really gave me a bit of nostalgia- I hadn't thought about my collection in years, but they were one of my two Marines armies when I was a young 'un.

For the first time since I started playing, the classic gear options of Power Sword and Plasma Pistol is actually a combo that makes any sense at all, and I'm looking forward to trying out my Kill Team Cassius in 8th edition, since the new shooting rules also make a diversity of firepower way more viable, plus the new Kill Team rules look like they're doing a much better job encouraging you to take a diversity of guys, so non-specialized squads are actually good (in theory). 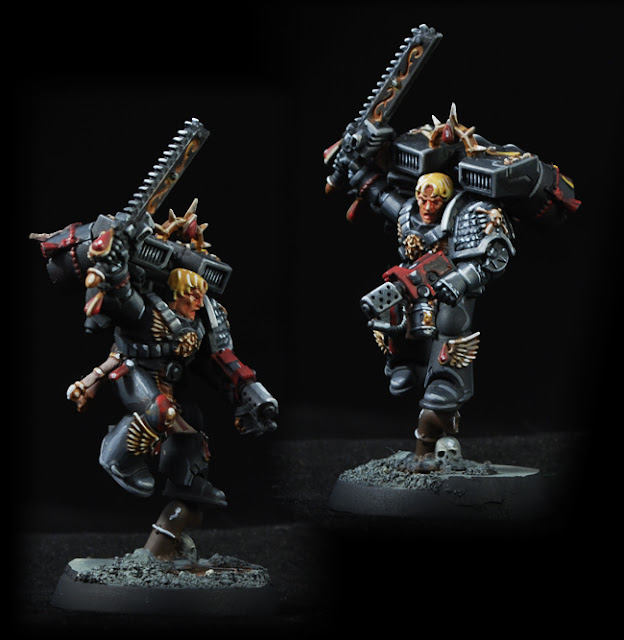 Antor Delassio does... eh, a pretty good job capturing the Blood Angels aesthetic. While I had a good friend who played them, their aesthetic was a lot less cemented back when I was fighting them, since they didn't have much besides a few characters and their weird old Death Company rules where they a weird randomly generated unit that could be anywhere from small to crazy huge, which was cool but didn't give all that much choice: sometimes you got a cool mob, other times you got an okay little better assault squad.

I mostly have a soft spot from Blood Angels now because I love Space Hulk... and the Lamenters are possibly my favorite underdogs.
Posted by Nick at 10:57 AM