The End, My Friend - Final Cryx Batch for sale 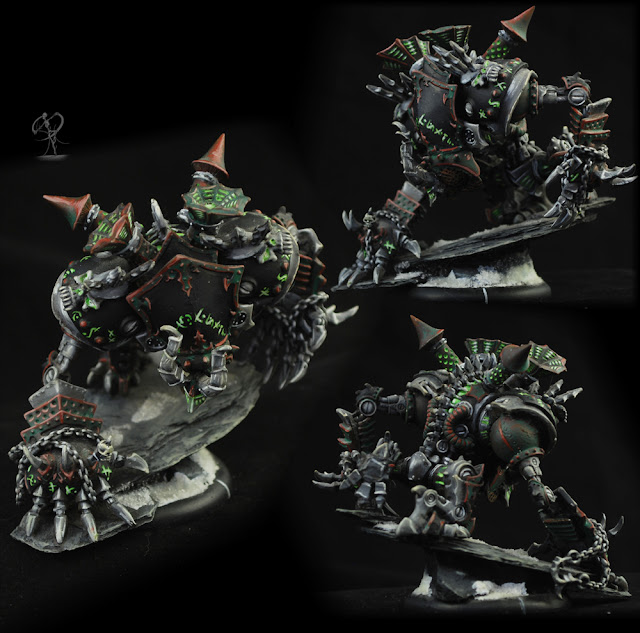 So, this is the fourth installment of my cleaned up Cryx army, and as much as I like these zombies, I decided it's time to consolidate my WM collection to its core, so these guys'll be up for grabs...

The Deathjack is one of my favorite Warmachine conversions, spent ages pinning him and repositioning him for the much more aggressive pose, that I feel fits right in with the over-the-top epic aesthetic of the setting. 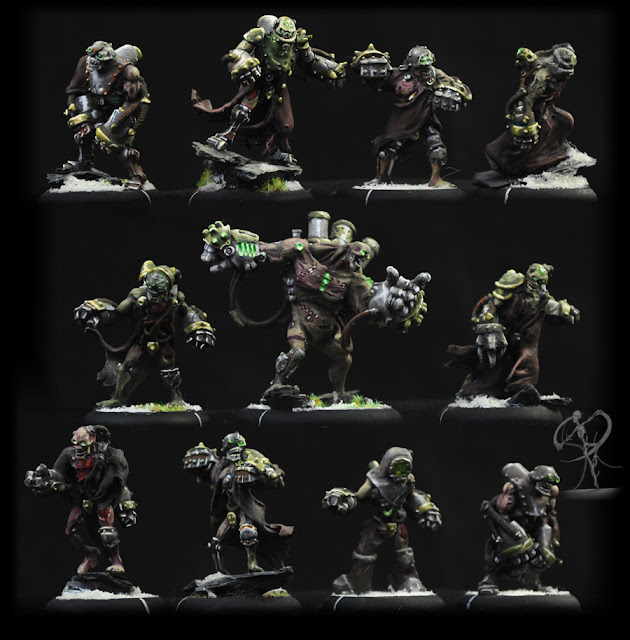 Another favorite conversion, since about day 1 of mkI, I liked the sensibility and style of mechanithralls, but they had such boring, twiggy models, so I bulked them out and added some variety, like the diving bell.

Unlike the Mechanithralls, the Necrosurgeon always looked killer in my opinion- generally, I think that Escalation was a great book for Cryx. Well, except the machine wraith. 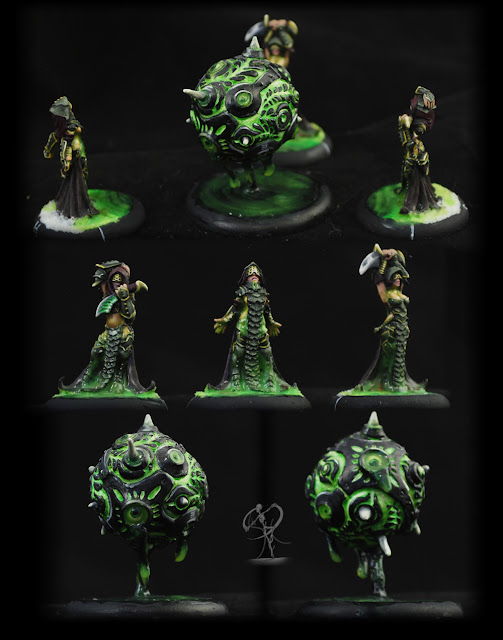 The Coven of Garlghast is a little clunky, but I had a lot of fun with the water effects and making a mini-scene. I also thought the Egregore was way more interesting with eyeballs in goo, instead of just lenses. 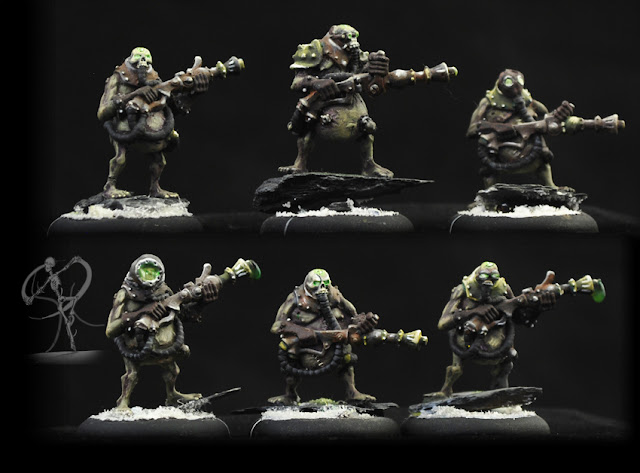 Like the Mechanithralls, I added a bit of variety in converting my Bile Thralls, but didn't give them coats, what with wanting to emphasize the bloat. Finally, what Cryx collection would be complete without a Skarlock thrall? None! What a stupid question! So, here's mine.
Posted by Nick at 10:27 AM