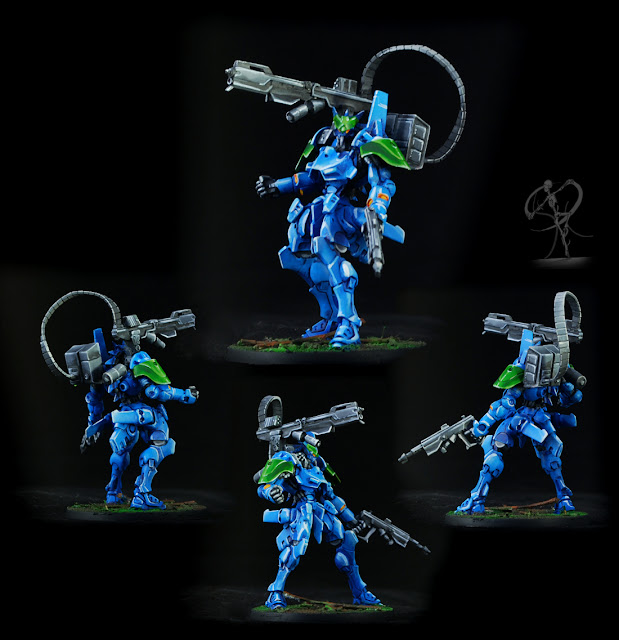 The Drago just screams classic (modern? archetypal? post-Eva? maybe I should drop the descriptor) mecha to me.

While a high standard of modern SF sculpting is certainly a draw, I think most would argue that the TAG designs are pretty much the iconic part of the Infinity line. I think they have a great sense of diverse style and weight to them, and it gives a lot of character to the setting.

I'm really not sure what it is about their design that draws me in so much more than Warmachine's steampunk and bulky equivalents do, these days. I think it's a combination of more design variety/character in the poses, an elegance that appeals to me, and that they haven't been trumped by the new top dog scale (Colossals... man, does that word make the linguist in me cry. They're using an adjective as a noun, when there's a perfectly serviceable word that means giant man-made figure: Colossus (pl. ~si)). Or, maybe I just prefer Infinity's style. 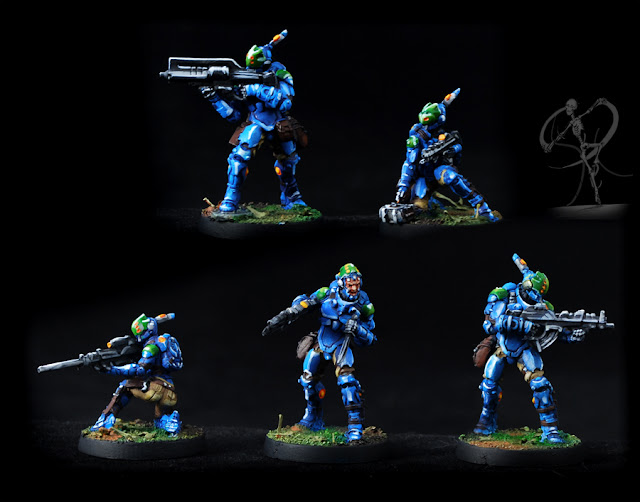 Similarly, I think Infinity pretty much nails the power armor look, with a combination of cyberpunk, modern SF, anime, and a touch of regular-old modern combat armor. I still think the traditional Bagh Mari colors don't really suit covert... anything, but w/e, a little suspension of disbelief never hurt anyone.
Posted by Nick at 11:34 AM