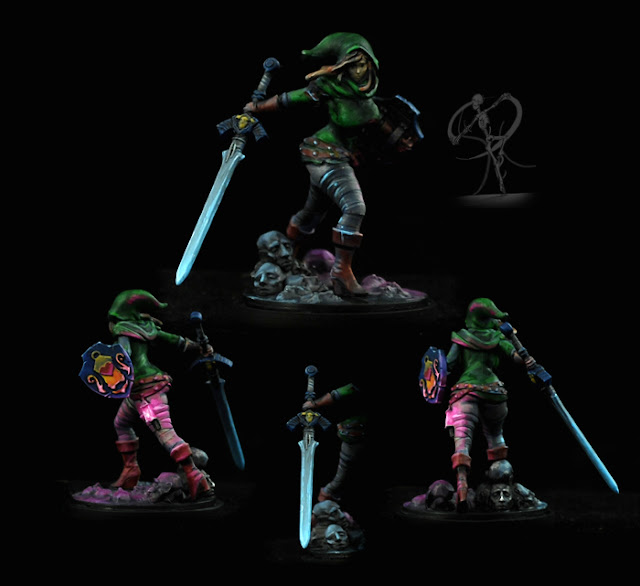 (Guess what game series I like, probably too much?)

I tried to stick pretty closely to the feel of Ocarina of Time, with a bit of a grittier, darker look. The shield, while keeping the Kingdom Death heraldry, was my adaptation of the Hylian shield. The Twilight Sword, similarly, got a pretty close approximation of the Master Sword's colors, and I was pretty darn happy with how I got the bottle fairy painted on the Messenger of Courage's lantern.

The only minor conversion here was getting rid of the... I have no idea what it's called... cleavage opening? For some reason, in Kingdom Death, the female version of Link needed to be showing off her breasts, which I thought was completely unnecessary. I also made sure she was wearing pants/tights, as both less randomly sexual and more accurate to adult link's kind of odd tights and whatever is his arm equivalent... sorry, guys, my knowledge of clothing terminology is lacking.

Either way, Courage is the last of the Messenger set, so here they are, together, too, in a nice collage: