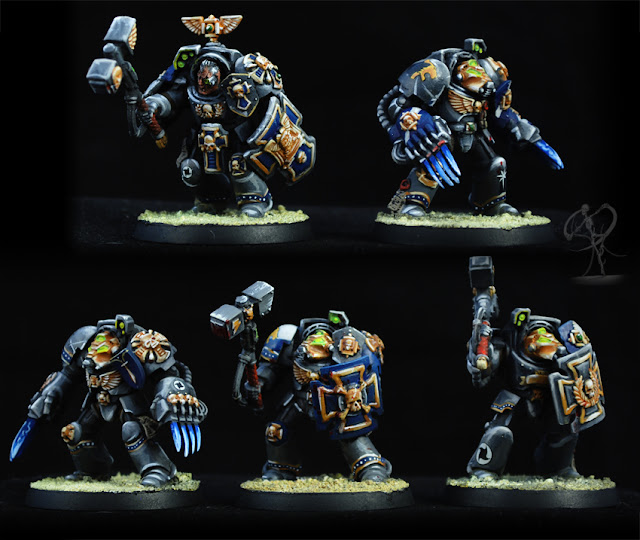 In my opinion, terminators have some of the most iconic profiles in 40k, so it was only a matter of time before my Astral Claws force got some.

I particularly like the combo of hammer and shield, which is both a pretty strong one in-game, and has become an interestingly appealing set of gear.

I think a lot of 40k's weapon combinations are frankly a bit goofy. For instance, apart from occasional cool departures like the Space Hulk and Chaos raptors variants, I think they look okay at best.

...But those lightning claw terminators usually go down first, so I get to punish them for their silly weapon choice :D
Posted by Nick at 11:09 AM