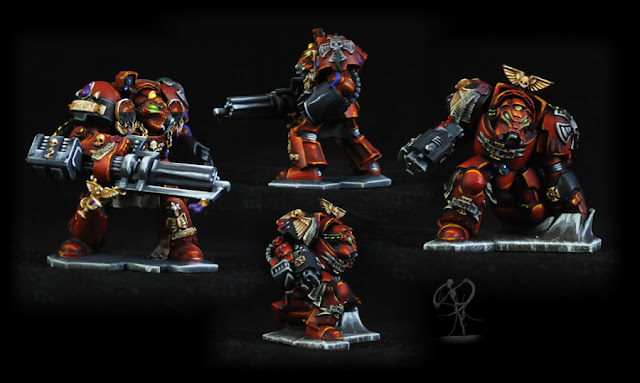 Space Hulk is nothing, if not cinematic feeling. And not in the new sense, of fluffy nonsense.

And, in this regard, the Assault Cannon mechanics feel just about perfect. It's an absolutely fantastic rearguard weapon, holding a position or retreating. But, every near-guaranteed kill you unleash with him is one more tick counting down his likely glorious last stand.

Speaking of glorious ends, these were actually the last of my unpainted Space Hulk minis. I want to get some group/action shots together down the line, but for now, here's the group shot of the second squad. 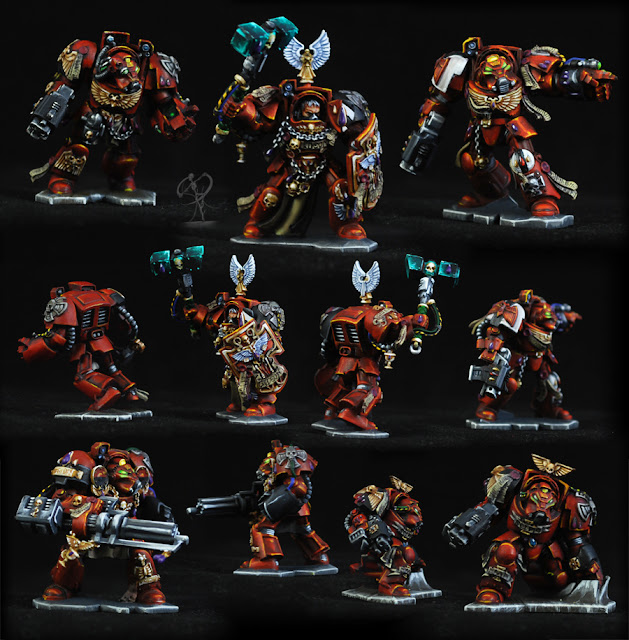 If I'm feeling ambitious down the line, I'll get to work on the alternate variants like the Wolf Guard or Plasma Cannon minis, but this is it for the moment.
Posted by Nick at 10:24 AM