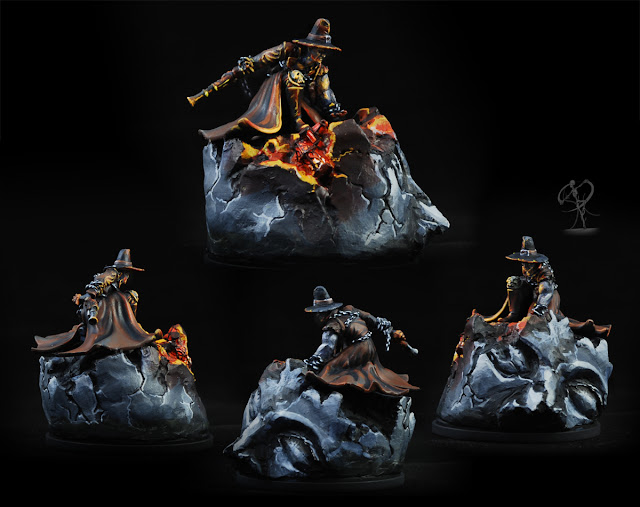 I haven't quite finished a proper Manhunter review, but the short version is that he's one of my favorite expansions.
Like the Butcher, though, I think that the model suffers from Kingdom Death's "Standing = Stoic = Threatening" formula, so I did a pretty radical overhaul on mine, this time barely using any of the original. 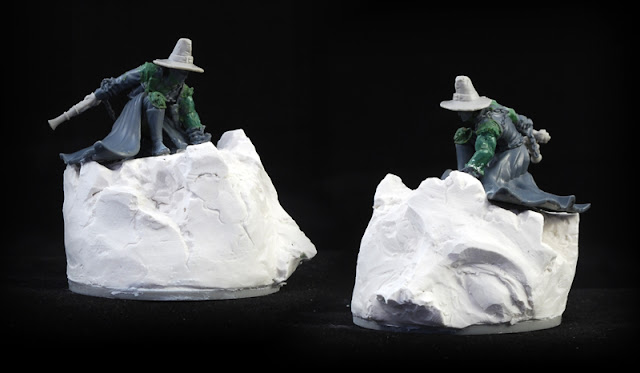 The model is fairly heavily modified from Malifaux's bizarrely oversized kneeling Death Marshal, a model which I've actually grown quite fond of using as a base (this is my second use of him: it's pretty hard to find giant western-themed guys).

I considered going with the Manhunter's open coat, but decided that it wasn't going to be visible enough to be worth sculpting, so I just went with the most identifiable parts: his skull kneepads, his cap, his gun, and his hugely muscled exposed arm.

The result, obviously, is the pic at the top of this post. Despite being a large guy, the kneeling pose wasn't all that impressive, so I sculpted the above base for him (I've used it a few times before on other minis I've posted, but this was its impetus). 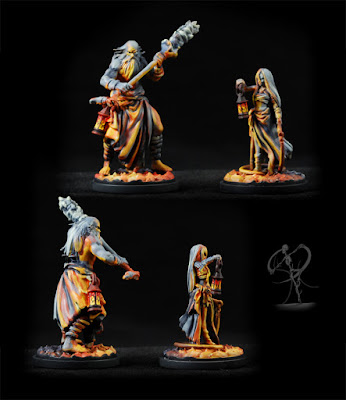 Speaking of oversized guys, I have no idea why the old survivor is so huge: He's larger than some nemeses. 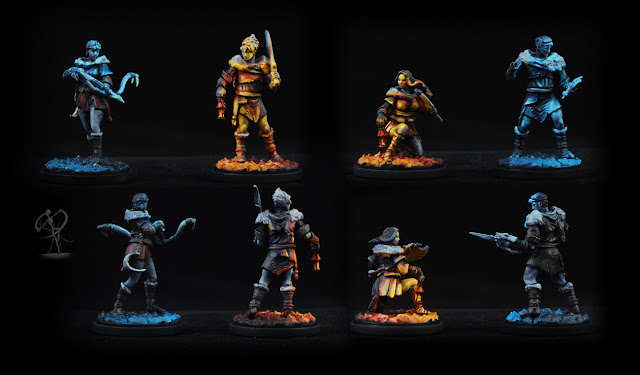 I had fun with some more rawhide survivors, playing around with blue glow off their cat eye circlets and luck charms... 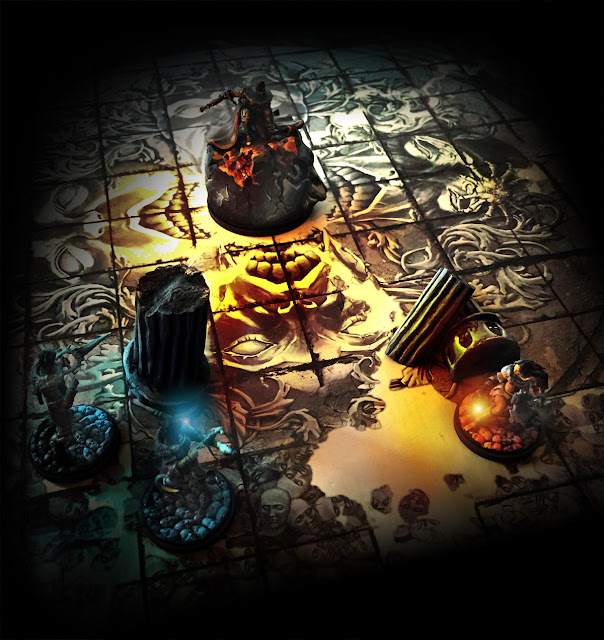 Finally, a photoshopped action shot of the survivors facing off against the Manhunter, with the aid of some hastily added color effects etc., plus a couple stone columns—some of my readers with good memories might recognize them from early attempts at sculpting KD scenery—which I finally finished painting (I cheated with their color here: they're actually just bluegrey).
Posted by Nick at 2:17 PM