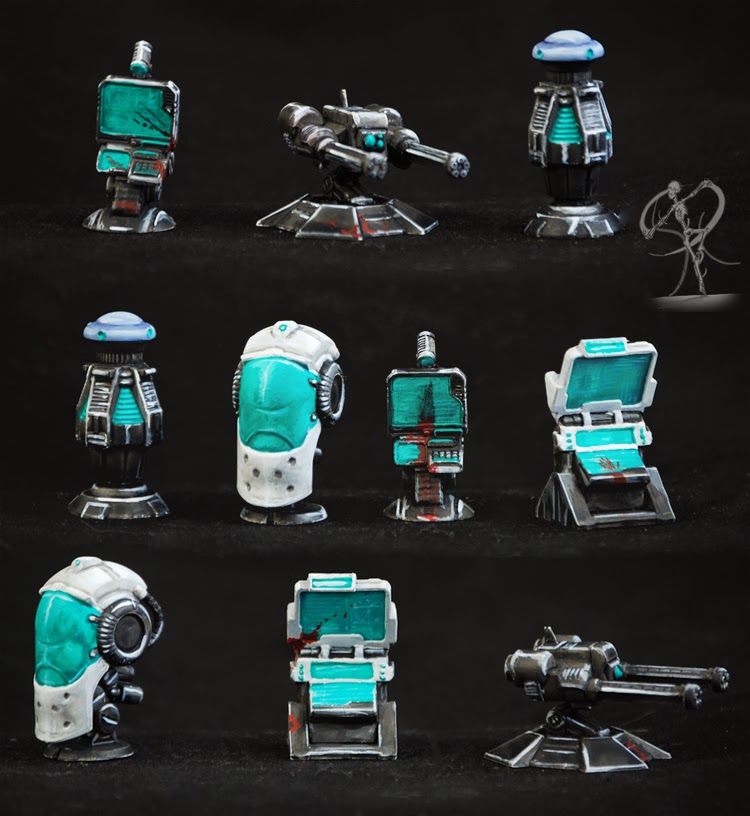 What would a sci-fi horror setting be, without properly dark scenery?
(The answer to that rhetorical question is, not much of a horror setting.)

I'm a big fan of how the SW scenery looks, and it was pretty well pre-assembled. I had a lot of fun painting up a variety, but things were looking a little boring, so I decided they should match the bases, and they got a fair amount of gore, for a classic sci-fi horror look.


Strategic Point Homebrew Rules
So, some house rules I made up, since, as nice as the minis for these are, they're not that practical in the context of replacing counters that you can normally occupy.

Spore Engines are covering features that take up a 2x2 square, but do not count as obstacles. Models can't end movement on one.

Teleportation controls follow the rules for a 1x1 strategic point that can be accessed from any adjacent square (models can be teleported from any of these).


Scatter terrain follows the below rules:
-after placing strategic points, each player may place up to 1 piece of scatter terrain per board tile, alternating placement.
-they can't be placed within 2 squares of an enemy deployment zone or equivalent
-they can be placed on any tile

Crates are 1x1 covering features that count as obstacles when entering one's square. When in a crate's square, the model does not benefit from cover, nor does it count as an obstacle when exiting the square.

A second Crate may be stacked on top of the first as another placement. These collectively count as one 1x1 blocking feature and can't be placed within 1 square of a door.

Barriers are 2x0 covering features that occupy the edge of squares rather than the center of them. When targeted, the attack must be able to reach the edge the barrier occupies, not the square itself. Barriers are considered blocking features for purposes of determining any AoEs (including "lance" type weapons), though will still suffer the effects from them. Barriers cannot be placed within 1 square of other features except for crates.

Placed features (including strategic points) can be attacked like models.
-they have defense 10, 20 health, 1 staging reduction against ranged attacks. Attacks below D/S 3/- cannot damage features.
-No effects can be generated by an attack on a strategic point (for instance, burning, AoE's, or reflexes).
-They can be affected by Burning and Corrosion, but no other status effects.
-Strain strategic points have Nano Phage. Vanguard strategic points are Machines (no healing, can be repaired) 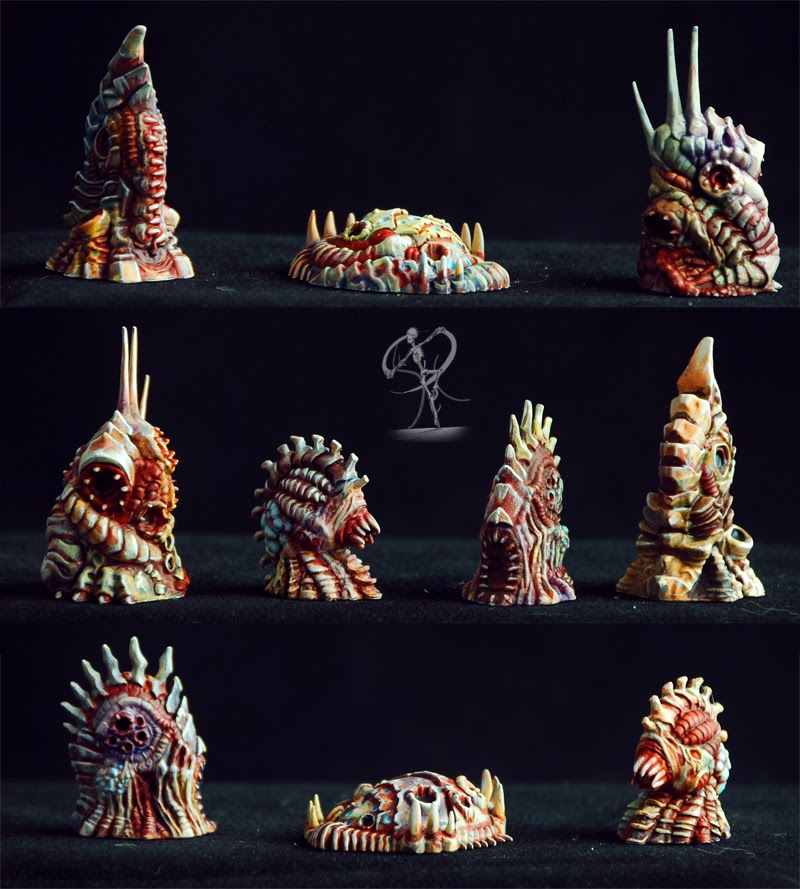