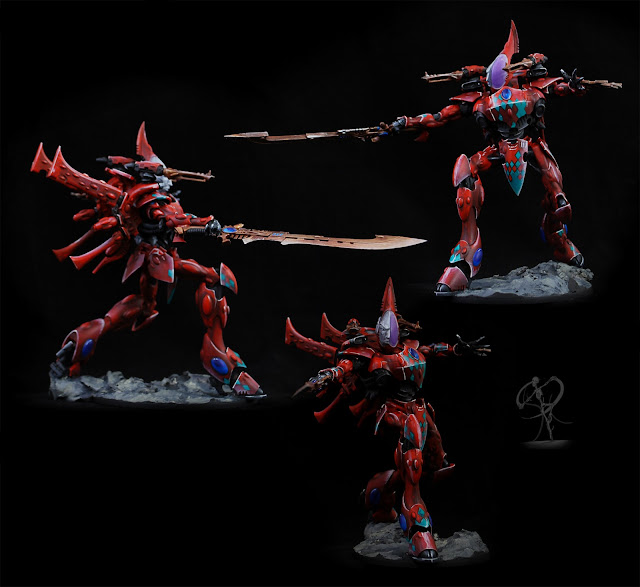 So, this guy started as just a simple re-pose, but became something far more elaborate.


The idea was to do a low swordfighting stance, much like the above, or, in its raw form, this one. 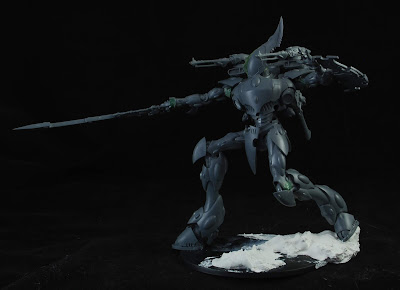 What I felt was pretty necessary for the Harlequin look, and my client agreed entirely, was the half-mask. I looked around at a bunch of variations, and decided that a more somber design was most appropriate for a model this large. 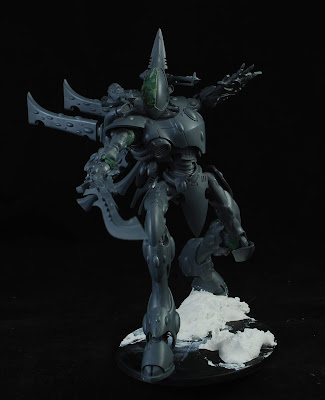 Somewhere along the way, my client asked me to magnetize that model, which wasn't that difficult (though picking a pose that would fit such different weapon combos was a little tricky). If I were to do it again, I wouldn't magnetize the barrel weapon mounts on the shoulders, since they fit well without them, and it was fiddly work to get them to fit. 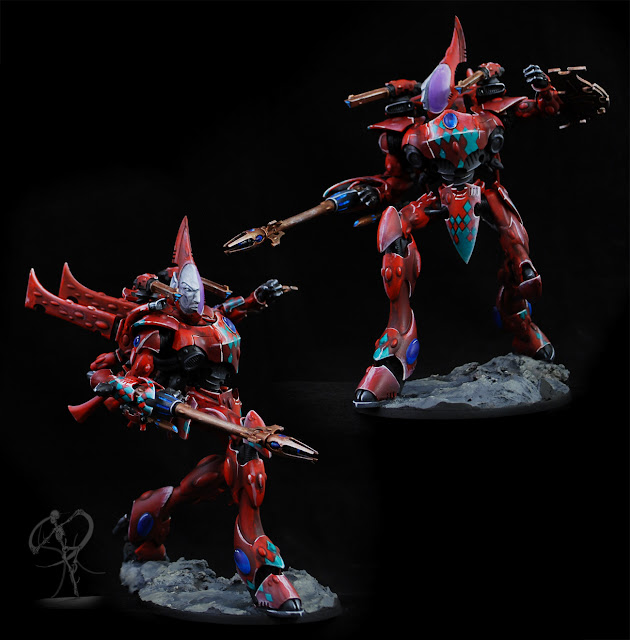 The paint job for this guy was based off the same techniques I'd tried with an earlier Infinity commission, where I tried shifting from regular-colored midtones and shading to something resembling a white wash for the highlights, to give a kind of glossy look. I think it probably worked best on the chest and, umm, crotch guard thingy. 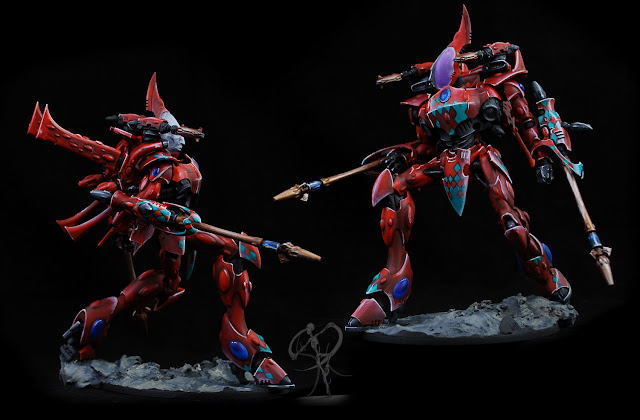 I'd originally planned to do a gold lattice on the blank half of the helmet, but started with purple, and felt like the direction of a thin wash ended up giving a nicely cloudy look that fit the wraith sensibility.
Posted by Nick at 11:44 AM