The Tools for the Job - Kingdom Death Lion Knight, Butcher, and Survivors 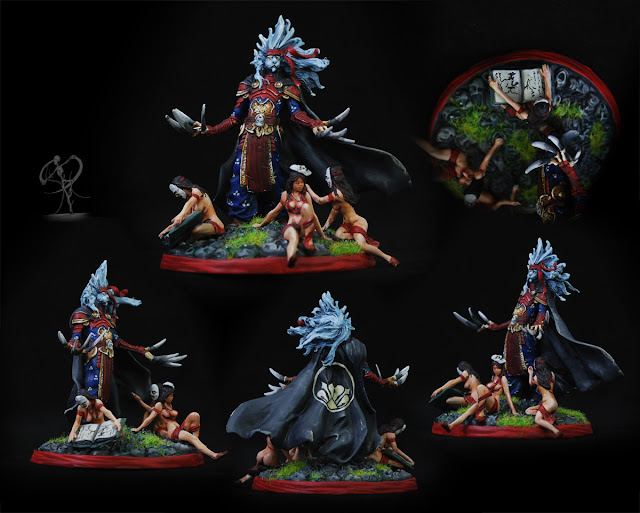 While I feel particularly with Kingdom Death I've more often been doing models on the gloomier side, more recently I've been interested in more vibrant paint jobs, even when the midtones or general sentiment has been darker. With this set where my client asked that I do something that I felt fit each piece, the unifying characteristic is a general reference point in more classic fantasy book covers and movie posters, or just an older sensibility of miniatures painting. 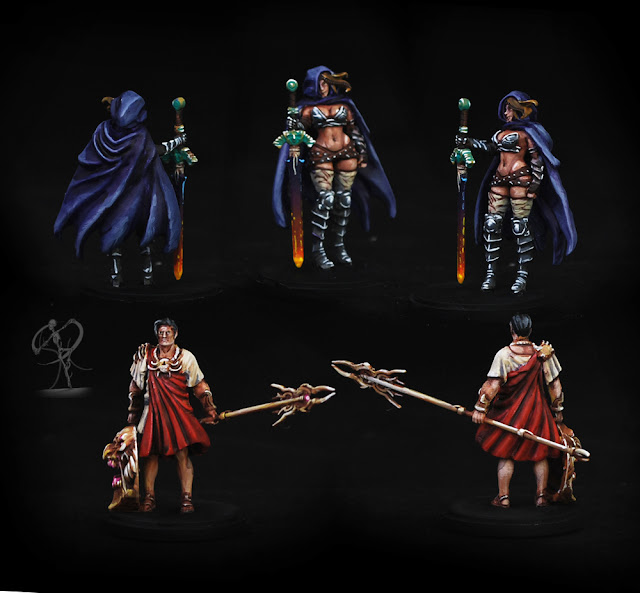 The above take on the Twilight Knight pinup was a lot of fun, and I was considering just posting that one for the preview shot, because I felt the sword came out just right, fitting the sensibility of KD while working with a more high fantasy sort of palette.

The People of the Stars guy was vaguely influenced by a more Greco-Roman imaginary. 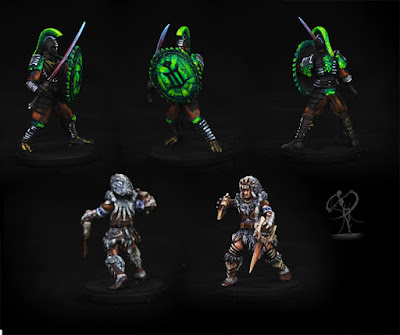 These two were a bit more natural, mostly just nice paint jobs, and with the Phoenix armor I was shooting for something more vibrant. 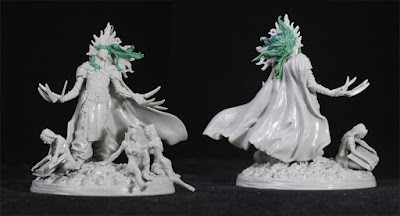 The above Lion Knight took a vaguely Japanese sensibility, I think as far as I could have gone without more heavily modifying the model. As sometimes happens, I'm kind of wishing I'd have thought of this before doing my own version of the Lion Knight, as I feel like the headband was a lot of fun. I might add some more detailing to mine's cape, as I felt the freehand came out well, though I'd probably do a more conventional heraldic sense as mine is more European in sensibility. 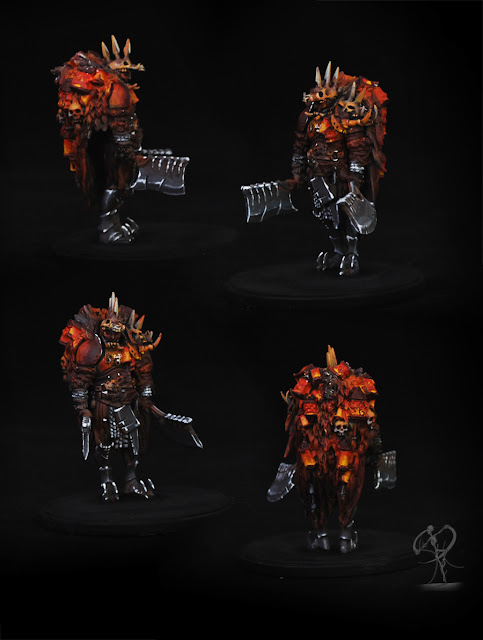 The Butcher is the most conventional of these within my sensibility; with this one I'm mostly just working on the more vibrant color that I mentioned in introducing this set.
Posted by Nick at 10:42 AM