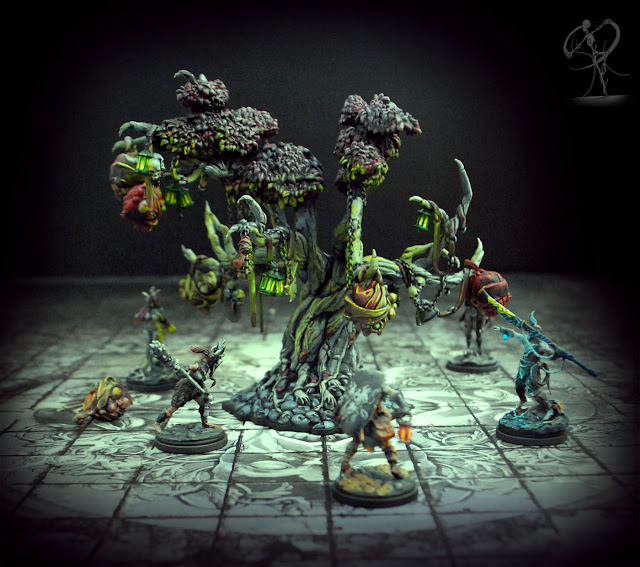 The Lonely Tree is both the last expansion I've painted for a client or myself, and the last I personally bought. It's... a difficult model, but I'm pretty happy with how this one came out, even though it took way longer than I intended.

The Eyes of the Cat - Arena Rex Leo 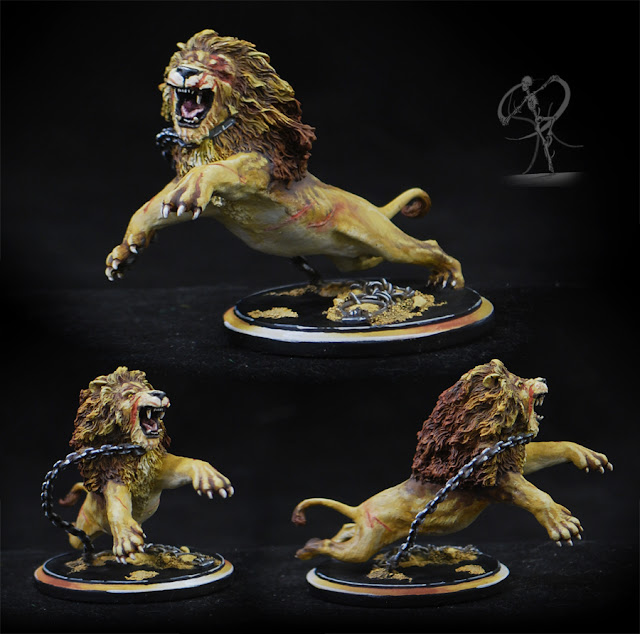 It's been ages since I've painted an Arena Rex model, but I got the itch, and it was time to get out one of my few unpainted minis from the game.

I just love how they've handled animal design. Short (*ahem*) of some back legs that seem like they were sculpted last, and needed to fit the model on the base, the anatomy of Leo is just superb and natural. I think it has exactly the right movement and weight of a jumping/lunging lion, and manages to avoid the problem of many such models which look like they're tripping.

I'm quite happy with the texture I got on him, with the only real issue being that I had a little more depth on the mane, but it kept getting scratched off through basic handling (it's been a while since I've worked with how sharp resin edges can be) so I needed to flatten down the highlights a bit so the color would stick. I normally don't like this sort of scarring, but I think I got some nice, subtler stuff that clearly reads as scars, but not as completely fresh ones.
Posted by Nick at 8:15 AM No comments: