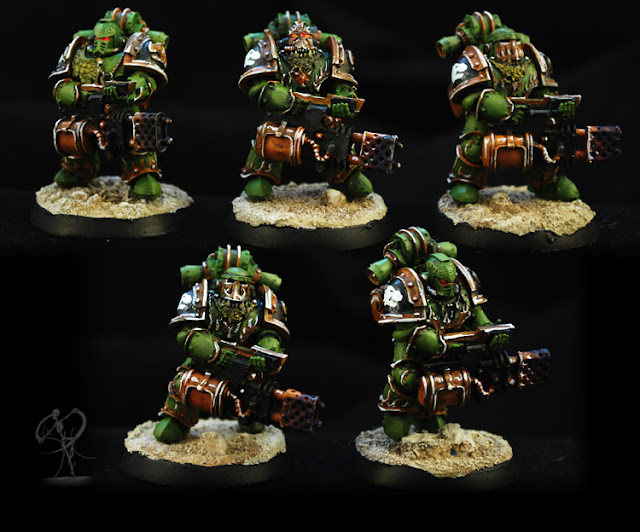 I think it's something with my origins playing Eldar back in 3rd edition that warms my heart to see a whole unit of specialists.

It might also have to do with how 40k's shooting rules really are not built for the model of generalists & specialists, or specialists in two different areas, being in the same squad, and how the HH load-outs for the most part bypass this entirely. I think that giving all squads a single split fire attack would have gone a long way to making a lot of the formations that are supposedly a good idea but are actually a waste of time viable, but c'est la vie- FW's pseudo-patch does a good enough job of responding to the issue.

Also, it would probably be a bad idea to charge these guys.
Posted by Nick at 9:45 AM No comments:

So, Kingdom Death is all it's cracked up to be. In my not-so-categorical-opinion. 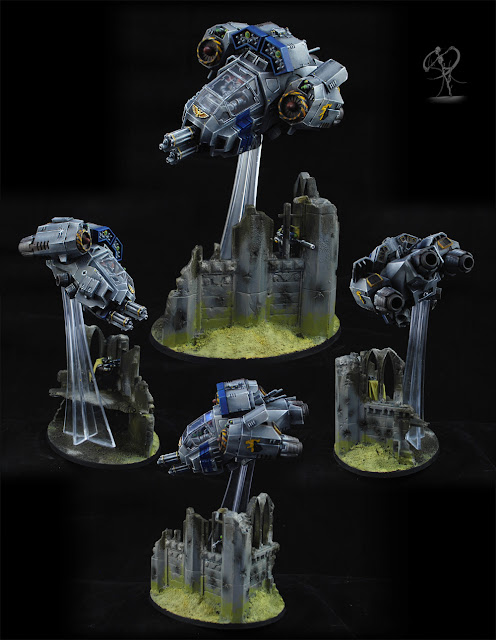 "Redemption of the ludicrous" is a term I throw around occasionally. 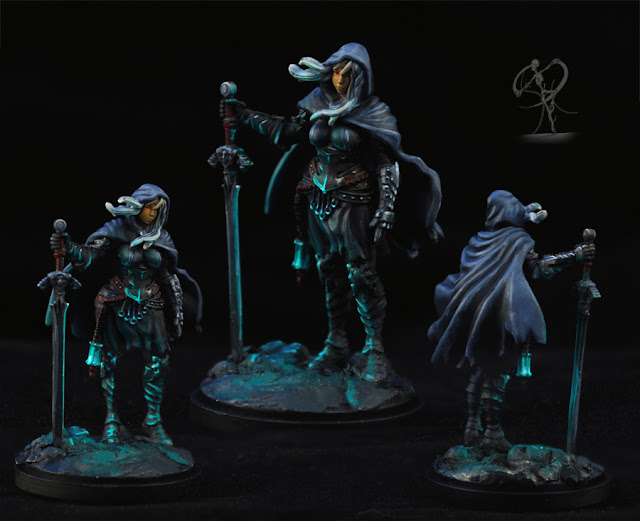 I just finished painting my first of their new plastic line's promos which arrived ahead of the core game, and I think Alison the Twilight Knight is one of the best models I've done recently.

My Other Car's a Centaur Demon - Journey: Wrath of Demons Review 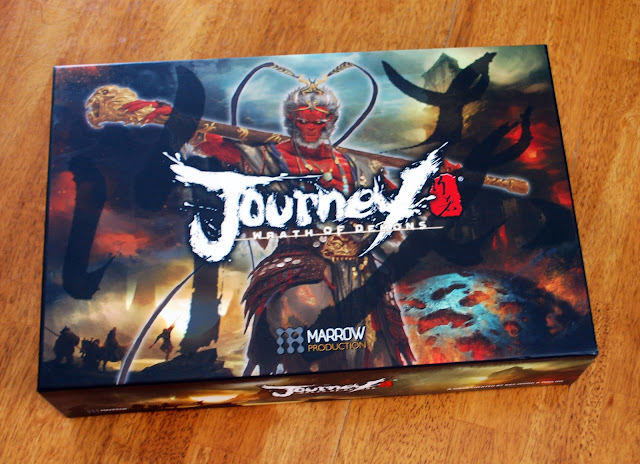 Journey, Marrow Production's ode to the classical epic, Journey into the West. A review of their cooperative game through mythical China, including plays of the first three scenarios. 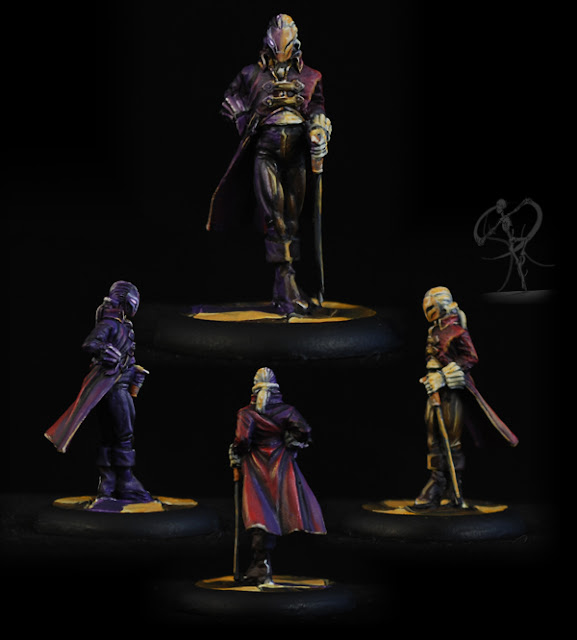 So, it felt about time for Lucius to get a face (mask?)-lift. 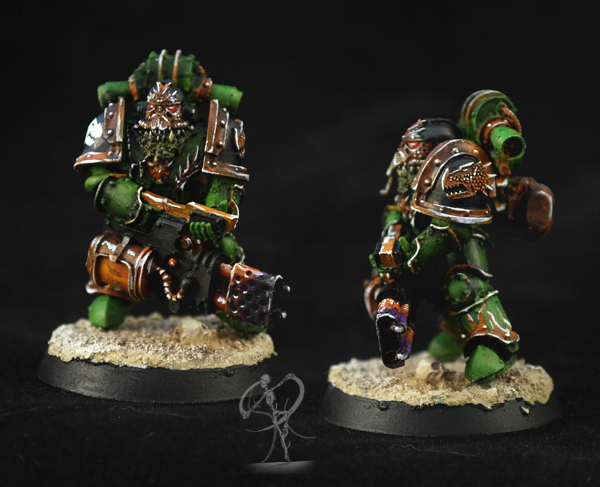 A continuation of the previous Horus Heresy Salamanders--

Are You Not Entertained? - Arena Rex review 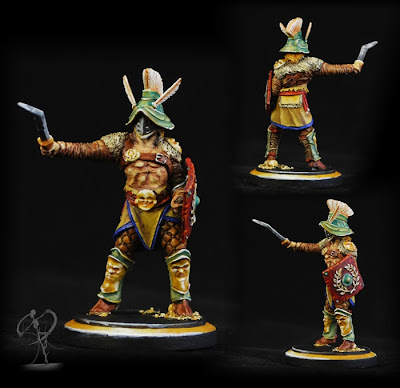 So, Arena Rex has been around for a bit now, is finally available post-kickstarter and, in short, I'm quite pleased with what Red Republic Games has come up with. 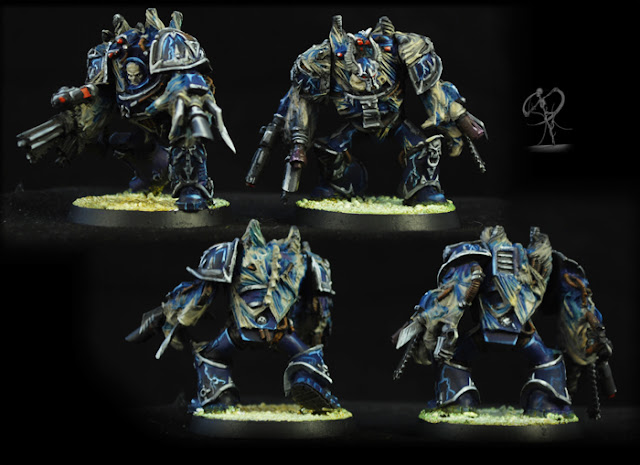 Hands Around My Throat - Forgotten Marshal and Friends 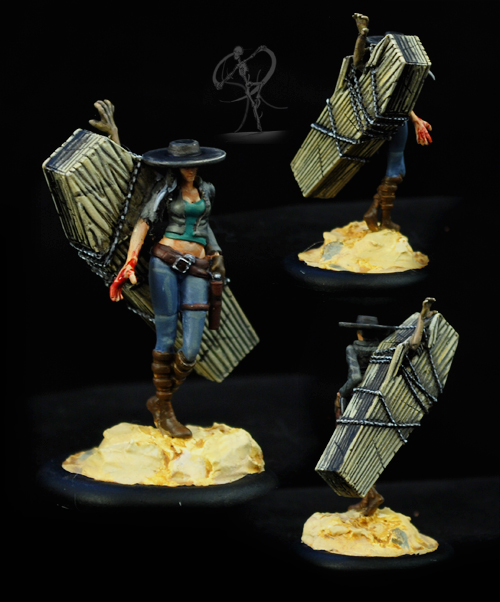 My take on Malifaux's new Forgotten Marshal, using the older Miss Terious as a base. 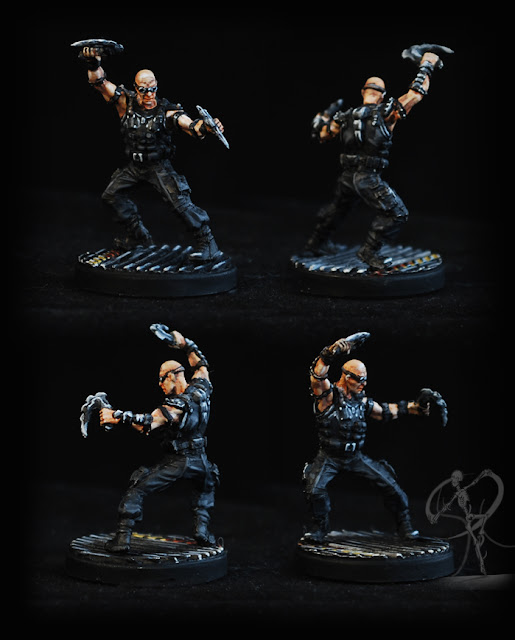 A quick one today, I was originally going to paint him with some more shadow, but thought the little on his base and very dark color scheme would be enough. That, and I think that the lighter skin as contrast worked better than one more effect would. 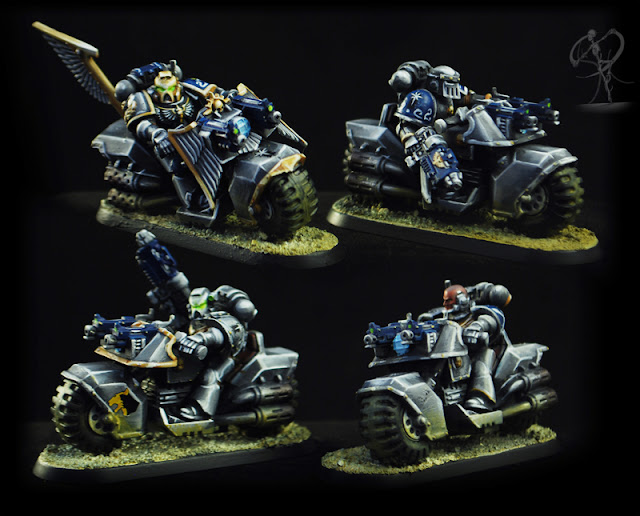 I resisted these guys for a long time, but they're so damn useful, and even have fluff/mechanics connected to Astral Claws. So, yeah... I eventually caved.