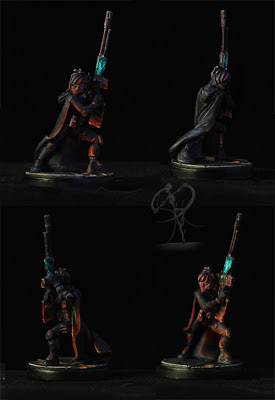 This was a bit of an experiment... 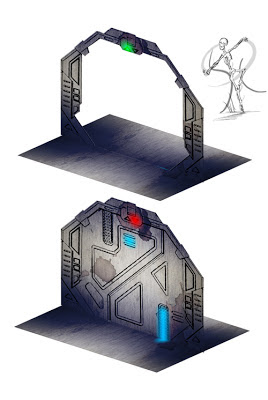 My first request for tokens (that I've executed, still working on others), decided to make it a snappy one.

Toys in the Attic, Puppet Wars collection, 2 of 5, Arcanists and Resurrectionists 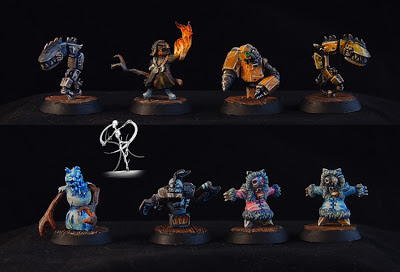 After quite a break, an update on my Puppet Wars collection...

Okay, so, after playing a few games of Sedition Wars, I've started to feel I have a grasp of strategy, at least, at a small scale (having only played small games, so far). Until I get more experience, I'll only be commenting on the models I have at least some experience with. I've also avoided a few models like Hurley because their rules aren't quite clear yet.

So, here goes some starting strategy. I'll be discussing ways of preparing for Reflexes, both your own and your opponent's.

However, one thing that I've continually had trouble with is tracking health. Now, I'm not the most organized gamer you've ever met, but, having that many cards around has been difficult to keep track of, and I haven't even moved in to a large game, yet.

With the release of the Lights Out Campaign, I was stuck in the position of not having ordered the special minis for the campaign, but still wanted a good way of noting their transition, so I whipped these up.

Again, these are print res for an inch wide per token. edit: blogspot has, in its infinite wisdom, shrunk the image, so these won't be lovely full res images. I'll try to make a PDF of all of the tokens I design eventually.

I'd print them on heavy photo paper, but if you're feeling ambitious, you could back them on something heavier.

I included enough tokens for the Load Outs, though not necessarily if you want to take every available option.


NOTE: If you want to use these, feel free to, but please link back to my blog, thanks. 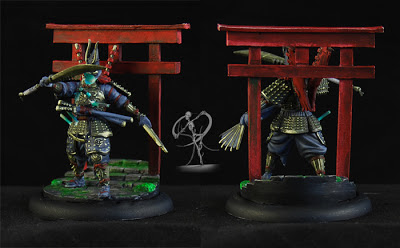 I was quite pleasantly surprised by the detail on Wyrd's new plastic line.

The minion minis are some of my favorite in PP's line, and the Thrullg is amongst the best of those: I was pretty excited when it was announced that this weird beastie was making its way out of the sewers of the (original) Iron Kingdoms RPG and on to the battlefield. 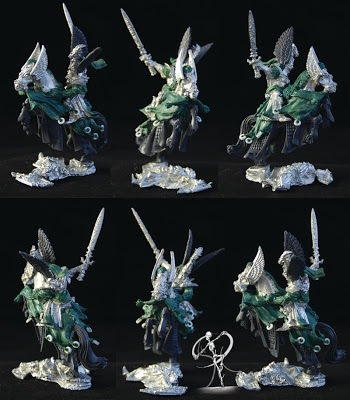 Saving the best for last, I'm quite proud of how Tyrion came out. 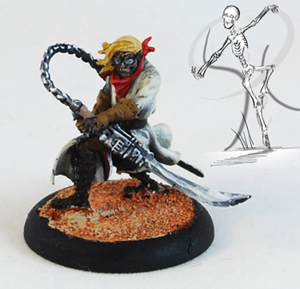 At the same time I was working on my Justice crew, I was also working on their undead counterparts.
Read more »
Posted by Nick at 10:53 AM No comments: 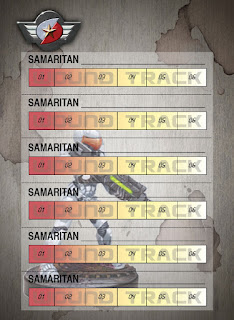 So, I've been enjoying Sedition Wars a lot, but found that I really don't need twenty of the same stat card lying around, and instead would prefer to just keep track of health separately.

The fourth, but not quite final post on my Trollblood collection (continue reading to discover the shocking conclusion!)
Read more »
Posted by Nick at 1:41 PM No comments: 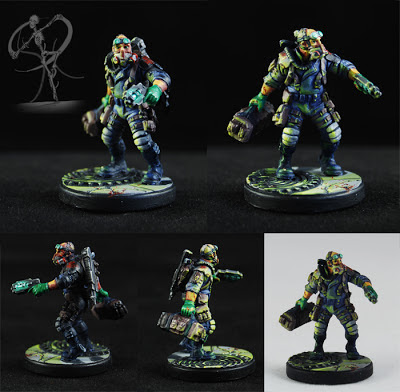 A quick post today, the first of my Sedition Wars characters. I decided to give all of the characters strong source lighting (or, at least until I get tired of it or want to try something new), because I was happy with how the lighting came out on my Lord Chompy Bits entry.

The first up was Vade, who I wanted to give a sort of sick green light, drawing inspiration from how fluorescent light comes out in photographs without compensation, though I obviously went with a more moody look than the harsh ambient lighting fluorescents usually give off.

I'm pretty happy with how he came out, though think I'm happiest with his face, gloves, and gun. 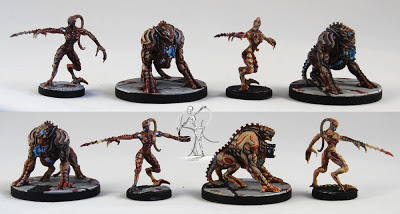 Painting 42 minis in a batch gave me a lot of room to experiment.

Toys in the Attic*, Puppet Wars collection, 1 of 5, Resurrectionists

Some time ago, I posted my first attempt at Puppet Wars models, which I was happy enough with at the time, but I've learned quite a bit since then, and this is how they came out when I repainted them a little while back. 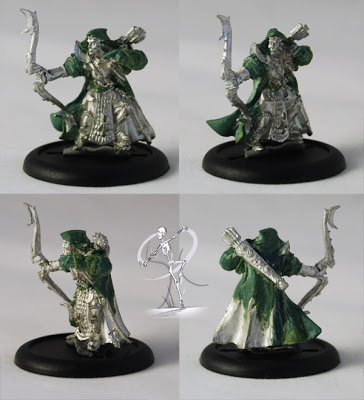 The second high elf hero resculpt, Alith Anar, was a bit of a tricky one--

Kill the Brain, and you Kill the Ghoul - Sedition Wars Strain test model 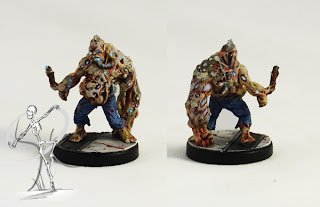 Since these zombies are based on nanotech and not your typical, decomposing or voodoo based zombies, I tried to go with an unhealthy but basically fleshy skin color.

The dark stains in the recesses were actually a technique I first tried a little while ago with my Puppet Wars models, which I redid but haven't posted yet. I think that this turned out pretty nicely, especially on the tentacle bit on his small arm.

I experimented a bit with trying to get a glowing effect in the model, with varying degrees of success. I think his shoulder and face turned out well, but I'm less sure about some of the other spots.

The whole color scheme is slightly lighter than I intended, which I'd like to rectify in the rest of the group, but I'm okay with that for one dude (adds to the irregularity of the shambling horde).

I'm hoping that another week will suffice for the Strain half, but I'm not sure, as there's around 25% more minis on the Strain side.