The End of the Golden Age - Berserk tribute models 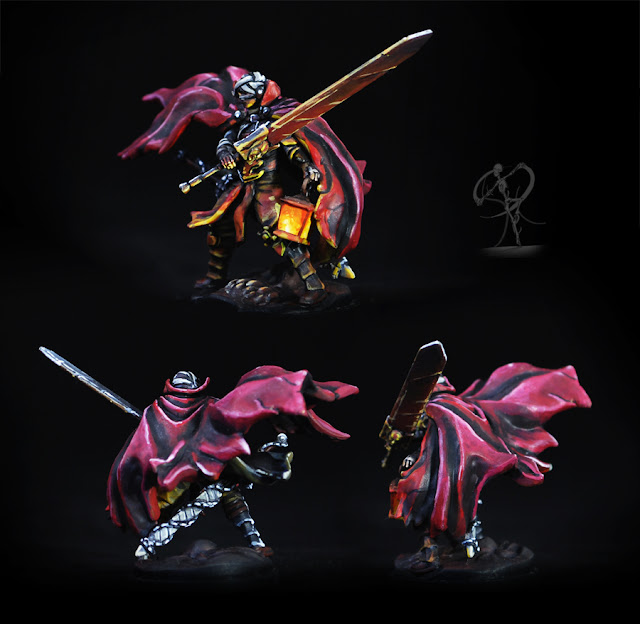 Kentaro Miura's series has directly and indirectly been the source of quite a bit of entertainment over the years, and so I wanted to acknowledge his work. These models are slightly rougher than I'd intended, but I didn't want to wait until this project was complete, whenever that came around.

I feel like despite being a bit on the light side, I generally like Guts' model, though I was unimpressed with those old proto-vignette rules. It's a little weird that one of the Gambler's Chest has another not-Guts model, but I feel like this was a nice homage piece without being an entirely direct imitation. 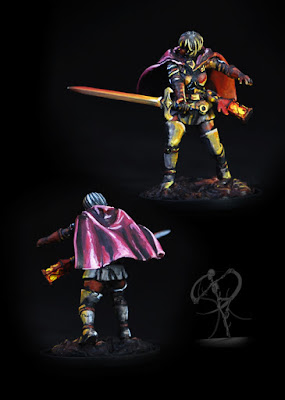 Casca is a mix of armor kits, and one of my earliest conversions for Kingdom Death, which I've repainted a bit here. I'm thinking I might do another model from the ground up and turn this into a generic survivor since the old kit is a bit clunky compared to some other designs, but for now this is Casca's representation of the trio in KD. 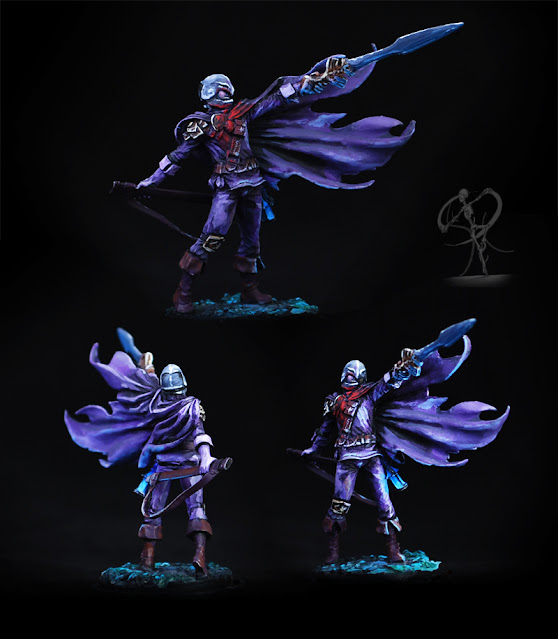 I can only guess that the Visionary is an explicit reference to Berserk (and I'm curious if Apotheosis, also in the Inverted Mountain, is going to have a paired mechanic). Either way, I decided to make the Griffith reference more overt by giving him a new head.
I've sketched a one-shot with the classic crew (and yes of course recognize that they don't all exist like this at the same time, but it's also a loose reference), so they might come around again, but for now, my little homage to Miura just through some modeling.
Posted by Nick at 11:06 AM