An odd and not all that clever title, but I guess it got your attention. 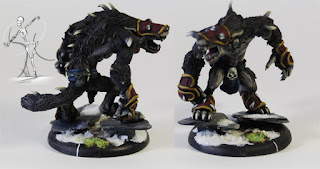 This army's been influenced heavily by my study of prehistoric Japanese ceramics. It's not that historically accurate (since there isn't all that much historical accuracy going around with werewolves and demigods), but I tied to keep it very aesthetically in tune with the Jomon and Yayoi sensibilities.


One of my biggest problems with the entire Circle line is that I felt their armor looked too well manufactured. I wanted to give them a sense of much more organic materials (stone, clay, wood, hemp) and, with it, a substantially less angular feel. 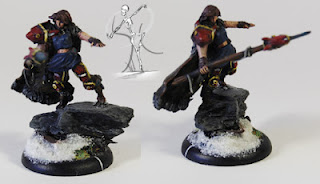 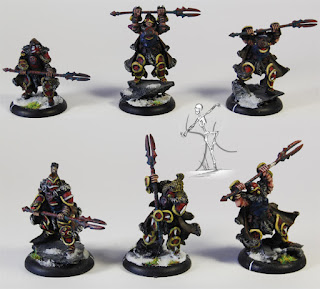 With this more organic sense of armor, I got more ambitious, and decided to apply that same sense of organic structure to the various stone creations in the force, basically trying to capture a tribal feel, rather than a pseudo-manufactured one. 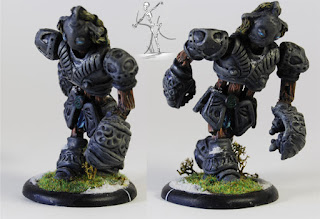 With these came a bit of a quieter feel, so, I started working on masks and reshaping the beasts' faces, attempting to give them more of a sacred look than a feral one. With the prehistoric influence, I wanted them to feel venerated, rather than simply feral. 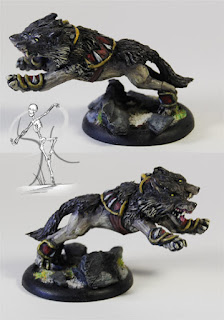 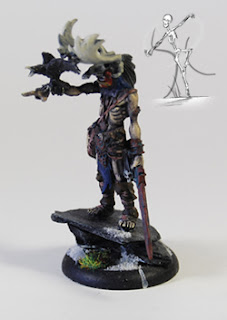 And, there you have it. Unfortunately, I've never found the time to finish this army, and, through a number of mishaps, it's been almost sold a few times, but right now, it's sitting around, partially finished, waiting for me to finally finish it or sell it...

Details on purchasing this army:
I may accept models in trade, as per my trading policies. If funds are an issue, I'm happy to work with you in installments or hold the army for a reasonable amount of time for you.

The only way I'll break up this army is if you're interested in purchasing everything except the stone constructs (Baldur, Shifting Stones, Wold).
Posted by Nick at 12:51 PM